The following story was written and reported by Ernestine Chasing Hawk. All content © Native Sun News. 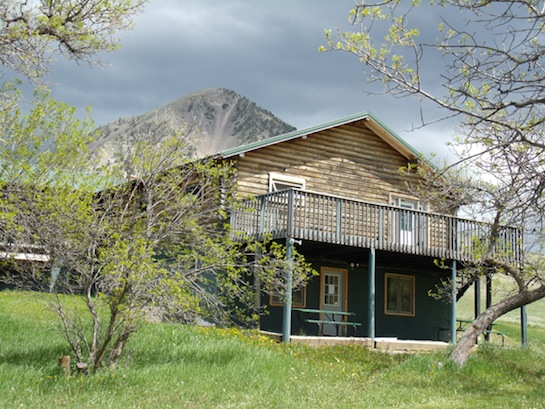 STURGIS, SOUTH DAKOTA –– According to Alice Harwood, Acting Regional Director of the Bureau of Indian Affairs in Aberdeen, the Rosebud Sioux Tribe has requested that land they own at the base of Bear Butte be transferred to trust status. Harwood sent a letter to the Meade County Commissioners in which the BIA invited the county to comment on the proposed transfer of 61.40 acres of land in Meade County into trust status. Allen Aker, Chairman of the Meade County Commissioner replied to Harwood, in a letter dated July 6, 2011 concerning the Rosebud Sioux Tribe's request and asked that all records in the case be handed over. “Pursuant to the Freedom of Information Act, please forward to the county commissioners the complete agency records in this case, including any documents, applications, analysis, resolutions, e-mails, memoranda, or other paperwork, whether to not the documents are contained in a single file,” the letter from Aker states. The commissioners ask for “expedited processing” because they are allowed to participate in the decision making process of trust lands and the comment period is limited. “The county cannot effectively and completely comment on the decision to take this land into trust without obtaining and reviewing the documents held by the BIA in this case,” the letter states. The commissioners have also requested an extension of the comment period until they receive the data and have time to review it. The commissioner’s question the national historic designation of Bear Butte and asked if other agencies should be involved because of its historic listing. They dispute the need for the parcel to be transferred into trust status because of “meeting and religious uses.” Meade County officials said they are unaware of anything hindering Rosebud members from using the area for religious purposes. The commission has extended an invitation to the Rosebud tribe to meet with them regarding any hindrance to the use of Bear Butte. “Meade County is interested in assisting the Rosebud tribe with any difficulties they are having in using the parcels. Regardless if the outcome of the historical listing issue, Meade County request any decisions be deferred until after the two bodies have conferred.” The commissioners also oppose the transfer they said because of the distance between the property and the Rosebud Reservation. “The distance, coupled with the small size of the parcels makes it difficult to see how the Rosebud tribe could provide local government services, ranging from law enforcement to platting, to conducting elections in a cost effective matter,” Aker writes. They also state they are concerned about jurisdictional issues because other land in the area owned by Indian tribes might also be considered for trust status. “We are concerned whether the Bureau of Indian Affairs is equipped to discharge the additional responsibilities resulting from the acquisition of the land into trust status,” Aker states. In a letter to the RST Chairman Rodney Bordeaux, Rosebud Agency BIA Superintendent Cleve Her Many Horses and RST Tribal Land Enterprise Director Ike Schmidt, Meade County Commissioners requested a meeting on the matter, “We are willing to travel to Mission to meet with you in person, or meet with you on the Bear Butte property, or here in Sturgis.” Corey Hairy Shirt, caretaker of the Bear Butte Lodge spoke recently to Native Sun News about the Meade County Commissioners. “We place a lot of significance on what we have here as far as the ceremonies. It seems that they don’t really care about what we have here,” Hairy Shirt said. “To me it seems that the Meade County Commissioners don’t really care about what happens here.” “They’ll listen to us, but that’s about it. They’ll do what they want to do anyway,” he said. “It isn’t over. Money is a big thing to them. They don’t see the spiritual aspect of what we have here.” (Contact Ernestine Chasing Hawk at Editor@nsweekly.com)
Join the Conversation